Dunstan Bruce is perhaps most famous for his lead vocals and listing of libations in the Chumbawamba pop hit, Tubthumping. But there is so much more to him and that band than that one song. For the hour we touch on some of the band’s 30 year history, their relation as a collective, anarchist band to social justice movements around the world and how they used their fame and money to give back, Dunstan’s recently finished documentary “I Get Knocked Down: The Untold Story of Chumbawamba” and his accompanying one man show “Am I Invisible Yet?”, aging and the battle for relevance, staying involved in politics and more. “I Get Knocked Down” is still seeking distribution so not streamable, but keep an eye on the fakebook page for updates on that, and you can find his prior documentary on Chumbawamba published about 20 years ago on youtube, entitled “Well Done, Now Sod Off!”

You can find a rather embarrassing mixtape from us years ago on archive.org, expect a replacement playlist for it soon.

Some hijinks from the era:

Announcements Greg Curry Hunger Strike Greg Curry, a prisoner in Ohio serving a life sentence in relation to the Lucasville Uprising of 1993 for which he claims innocence, has just begun a hunger strike for being stuck in extended solitary confinement known as TPU at Toledo Correctional Institution. To voice concern, you can call +1 419 726 7977 and select choice 8 to speak to the warden during business hours, or you can select 0 to speak to the operator at other times. You can also mail Harold.May@odrc.state.oh.us requesting that his communications be re-instated and that he be able to re-enter general population. You can find our 2016 interview with Greg at our website.

Social Media Documentary from SubMedia Stay tuned to Sub.Media for a documentary film on the troubles with social media in early June

TFSR Fediverse Podcast We’ve launched a temporary instance of Castopod podcasting app on the Fediverse at @TheFinalStrawRadio@Social.Ungovernavl.Org. Definitely a work in progress, but check it out if you care to.

Bad News, May 2022 The latest episode of the monthly english-language podcast from the A-Radio Network is available now at their website: A-Radio-Network.Org or here . … . .. Featured Tracks (get ready): 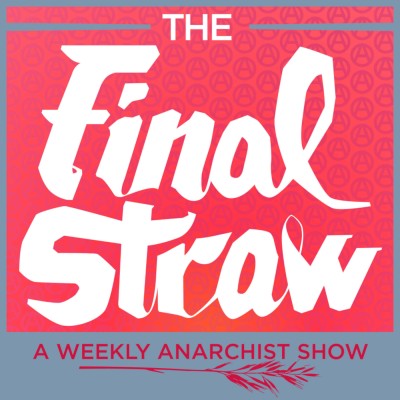